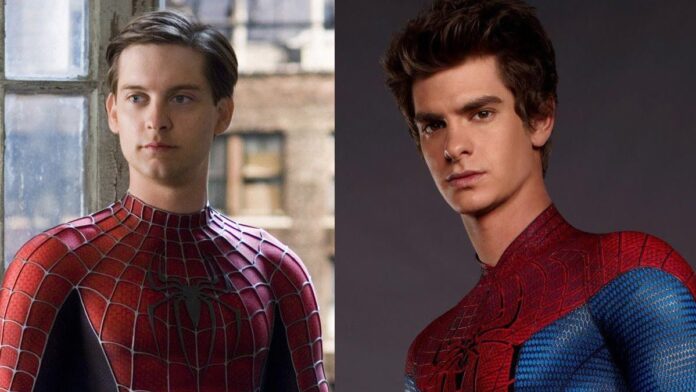 Spider-Man stars Tobey Maguire and Andrew Garfield were spotted together once again. They were present at the All At Once screening.

Last year’s journey to Spider-Man: NWH was a long one as folks eagerly waited to see if former Tobey Maguire and Andrew Garfield were going to make an appearance. There was a lot of lying, but when the movie hot released in December, Maguire and Garfield were able to surprise fans by being an important part of the movie. The NWH ended up having the second-best opening weekend in history and earned more than $1.8 billion at the world box office.

Tobey Maguire and Andrew Garfield were spotted at a CAA screening of Everything Everywhere All At Once. The screening of the movie was introduced by Jamie Lee Curtis and Daniels. Many pictures of Maguire and Garfield in the audience have been circulating on social media.

Across multiple platforms, Everything Everywhere All At Once is becoming one of the highest-rated movies. Currently, the movie has a 93% audience score and 97% of critics score on Rotten Tomatoes. Patrick Cavanaugh from ComicBook. com called it a “triumph” giving it 5 out of 5. The movie stars Michelle Yeoh, Stephanie Hsu, Ke Huy Quan, James Hong, Jamie Lee Curtis, Jenny Slate, and Harry Shum Jr.

The movie is directed by Daniel Scheinert and Daniel Kwan, collectively known as Daniels. Everything Everywhere All At Once is a hilarious movie and big-hearted sci-fi action about an exhausted American Chinese woman who can’t seem to end her taxes.