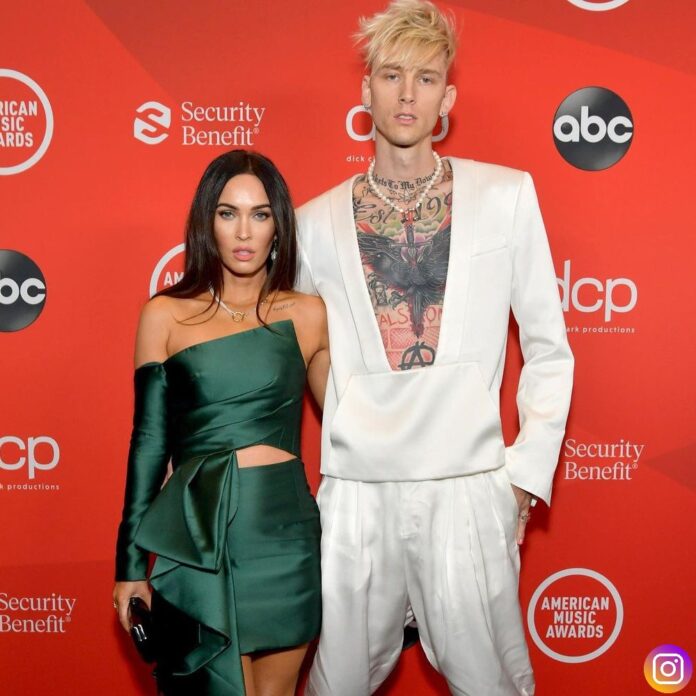 Few days back Machine Gun Kelly got engaged to Megan Fox. The engagement ring of Megan was designed by MGK, has a painful aspect to it.

The engagement ring is of diamond and emerald rings bands are thorns. MGK designed the ring with British jewelry designer Stephen Webster. Machine Gun Kelly opened up about the concept of the ring in a recent interview. MGK said, ‘ It’s a thoroughbred Colombian emerald, with no treatment. It was just carved into the teardrop, straight out of the mine. And the diamond was directly from Stephen.’

He continued saying, ‘ The concept is that the ring can come apart to make two rings. When it’s together, it’s held in place by a magnet. So you see how it snaps together? And then it forms an obscure heart. And you see this right here? The bands are actually thorns. So if she tries to take it off, it hurts. Love is pain!’ he then quipped.

MGK proposed to Megan on January 11. They later announced their engagement through their social media handles. MGK videoed the proposal on his phone and elaborated the duo released it on social media. Megan Fox and Machine Gun Kelly started dating after meeting on the sets of “Midnight in the Switchgrass”. During an interview on a Podcast in July 2020, Megan opened up her instant connection with MGK.

Before her relationship with MGK, Megan was married to Brian Austin Green. They both got divorced in November 2020. Megan and Austin share three children.