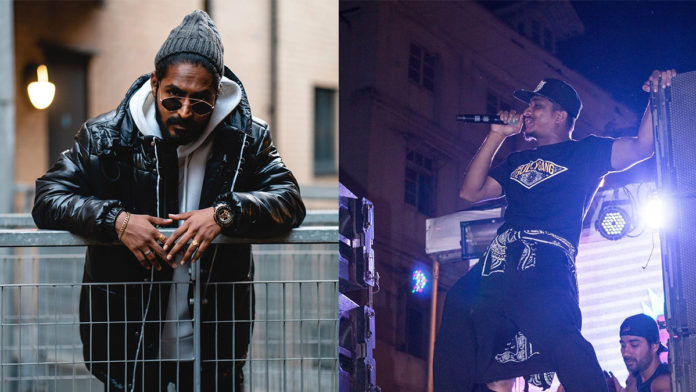 Indian audiences witnessed one of the most brutal diss war between top underground rappers from Mumbai lately. Since Emiway stepped in with a brutal diss track “Gully ka kutta” fans were waiting for another track from DIVINE. Fortunately, the clash between both has come to an understanding Yesterday.

Dispute between Emiway and Divine settled down finally on IG live.

Here’s what happened: Emiway went live a day before yesterday (after dropping his diss track against divine) to interact with his fans on Instagram live. During the process, Divine also joined the Emiway’s live pointing out certain things. Divine commented during the Bantai’s live writes: “Tu religion diss krta phir ye narampan”
These words caught an eye of Emiway because he never intended to diss on religion, said Emiway.

Last night, Bantai again went live on his IG to announce that Divine and Emiway both has come to an understanding.

Bantai cleared that he had a conversation with divine after reading his comments on IG live. Also said a misunderstanding broke out the war between the two. Emiway’s track “Hard” where he took shots on divine subliminally has a hook part that says “kulfa karke jao mera Jingle bell, Merry christmas” sounded much like he’s dissing divine and his religion, said divine. This was the main reason for divine who stayed away from diss game since long to step-in and diss Emiway. Divine’s “Sach bol patta” too concluded with a fading voice sounds “agli bar merry christmas mat bolna bantai” & maybe bantai missed this part. However, it’s all over now finally.

Divine joined the Bantai’s IG live clearing out the things between them officially.

A simple misunderstanding heated the diss game between the two but now everything has been settled down, both said on IG live.