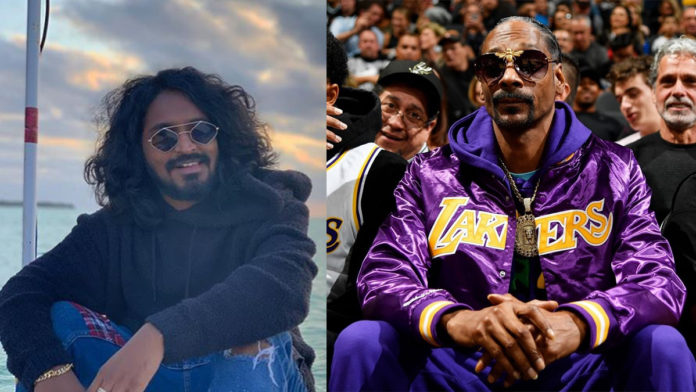 Shahrukh Shaikh, popularly known as Emiway Bantai, is a 24 years old Mumbai based rapper and hip-hop artist. Emiway started his rap career with the song “Glint Lock” ft. Minta in 2013 uploaded on YouTube. Since then he started pumping his efforts into writing songs.

Emiway participated in a TV reality show “India’s got talent” where he performed a song named “Aur Bantai.” But he could not go long way in the show. Few years later, he remade the same song as “Tribute to Eminem,” and the song was a super hit.

Emiway won “People’s Choice Award” for his song ‘Aisa Kuch Shot Nahi Hai” which is clearly a huge thing. But he got more popular after he had beef with famous Indian hip-hop rapper “Raftaar” and he made a diss track for Raftaar, Divine, and MC Stan. His most recent beef was with Divine but it all was sorted with a truce.

Emiway pumped a lot of song in that period, which gathered millions of views. The flow and aggression Emiway stuffs in his songs is enough to mesmerize anyone.

Dax (Canadian rapper) with whom Emiway did a song named “I’ve Been that.” This song quickly rose to heights and became a hit. The song crossed 2 million views within 12 hours.

Celina Sharma is an Australian singer and songwriter. She recently did a song in collaboration with Emiway, “Lean On.” This song was his second international collab.

Recently, Emiway announced on his Instagram post a new international collab with Lexy Pryde and Snoop Dogg. “New World” as shown in the post, the song is set for on 22nd May.

Snoop Dogg is one the biggest player in the rap industry. He has many classics on his name. Surely this announcement is going to turn everyone’s eyeballs to it.

Are you excited for Bantai’s new track ?