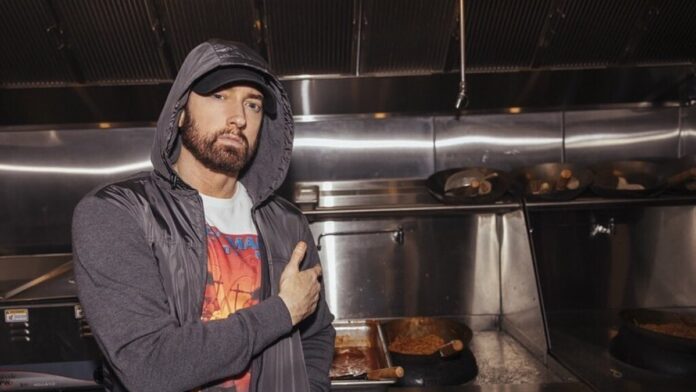 American rapper, songwriter, and record producer Eminem gives a shoutout to the Minions. He promoted Minions: The Rise of Gru which features Love Yourself.

A remixed version of Eminem’s diamond selling, Oscar and Grammy-winning, a motivational anthem, “Lose Yourself,” from the 8 Mile Soundtracks album features in the trailer. Directed by Kyle Balda with Jonathan del Val and Brad Ableton as co-directors. The movie will premiere at the Annecy International Animation Film Festival on June 13, 2022, and is scheduled to be theatrically released in the United States on July 1 by Universal Pictures.

While sharing the trailer of the movie Eminem wrote, “One shot. One opportunity. Time to show the world who’s mini boss.” In the movie Mini boss is what the Minions call Gru. The rappers famous 2002 song “Lose Yourself” is featured in the trailer. It’s not the first time his music has been featured in a film but it’s the first for a PG movie aimed at young kids.

One of the fan replied to Eminem saying, “Nothing warms my heart more than you dropping tracks and introducing my kids to the MAGIC that is slim shady.” While another one wrote, I don’t think the kids should know about slim shady.” Other argued saying, “I love when I hear my 11 year old son singing his tracks. He really likes Godzilla. It’s such a good feeling.”