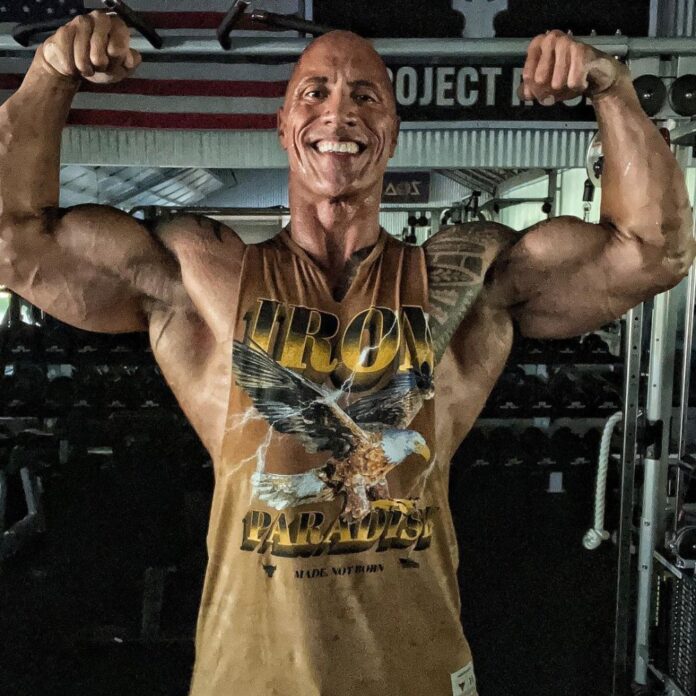 On Monday, a woman shared some photos on Instagram of herself taking a cardboard cutout of Johnson with her to prom, writing in the caption that she had “so much fun” and that he was the “best date a person could ask for.”

In the snaps, the woman posed with the cardboard cutout outside, and she also shared another photo with it alongside her friends at prom. The last shot appeared to be a professional photo taken of her, the cutout and her friend at the event.

After seeing her post, Johnson, 50, reshared it on his Instagram account, and he joked about what it was like to go to prom with the woman. “It was absolutely my honor @smilesweetsraccoon and you were the best prom date EVER!! 😊,” he wrote. “Great to meet your family and friends too! 🥂😉 ps, I’m super happy you posted this! Have the best summer! ❤️ dj.” This isn’t the first time that Johnson has surprised the internet with responding to viral news shared by fans.

This isn’t the first time that Johnson has surprised the internet with responding to viral news shared by fans. In August 2021, a photo of a patrol lieutenant Eric Fields from Morgan County Sheriff’s Office in Alabama made its rounds on Facebook, surfacing resemblance between Fields and Johnson.