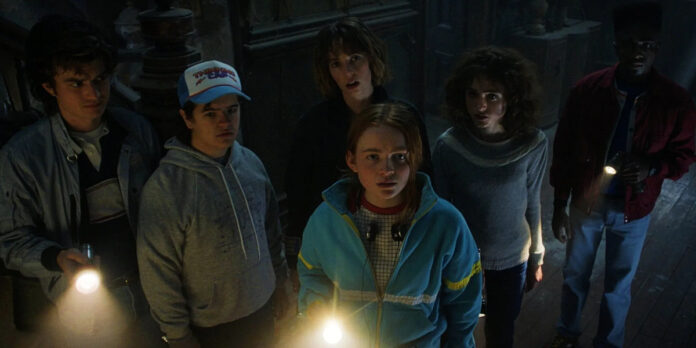 Volume 2 of Season 4 of Stranger Things will keep the trend of featuring very long episodes. This time breaking the mark of the two hours

Although the second half of Season 4 only counts with two episodes. Fans of Stranger Things will have almost four hours of television to chew upon as the series follows the battle between Vecna and Eleven.

In Volume 1, Stranger Things had already pushed the limits. How long a series can be by featuring multiple episodes over 1 hour and 40 minutes. Volume 2, however, will go beyond. The eighth episode of Season 4 will have only 1 hour of 20 minutes. While the ninth and final episode boasts impressive 2 hours and 20 minutes. That’s right, we are living in a moment in time where TV episodes are longer than most films in theaters.

Directed by series creators Matt and Ross Duffer (the Duffer Brothers). Season 2’s Volume 2 will also help us understand where Stranger Things will take us for Season 5. The end of Eleven’s story. So far, Season 4 has introduced a new villain, who we now believe is responsible for all the events of previous seasons. So, with Eleven coming to face Vecna at the end of Season 4, we are not quite sure what more significant threat can show in the future.