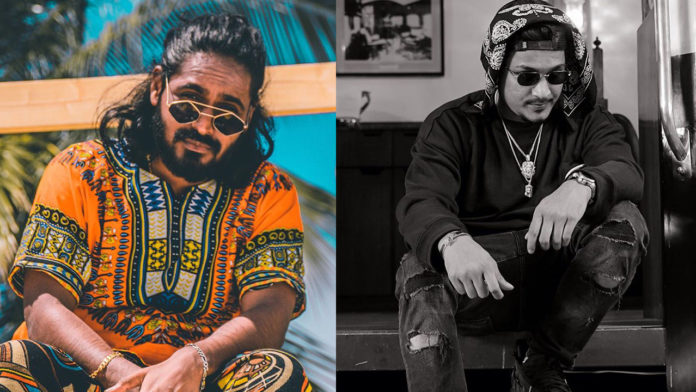 Emiway and Divine both are the iconic underground rappers from Mumbai who have been under the spotlight from last few years. The underground Desi hip hop scene came to recognition since the brutal Diss battle between Raftaar and Emiway followed by “Gullyboy” movie based on two young artists of Mumbai – Divine & Naezy.

Diss culture in India has evolved a lot and beef between EMIWAY and DIVINE gets Intense now!

It all started in 2018 with “Samajh mein aya kya” the very first diss track from Bantai against Raftaar and Divine. However, Divine never felt a need to reply to Bantai back then but, taunted him during the live performance “Inke naam mein hi EMI toh kaha se ye rokda?,” from “Remand” the outstanding track of Divine’s “Kohinoor” Album.

Let’s get back to present now, where recently DIVINE passed a comment during his IG live –“I’ve more than 80 million streams on audio platform,” he said “There’s difference between being a YouTuber and a musician.”

Fans were all hyped up for a verbal war between top rappers from Mumbai but Bantai didn’t respond to divine instead uploads a story on his Instagram handle sharing the diss tracks of his fans against Divine reads –My fans are enough there’s no need for me to step into diss game.

It was only two days since the last diss track from Divine then he drops a new banger “Sach Bol Patta” this morning -a more brutal and intense diss track than “Chabbi Wala Bandar.” The track sounds dope excellent flow, beautiful videography and crazy bars. The video displays a message chat screen Divine as sender, concludes by ‘Divine has left the chat.’ This could be a message that there will be no more diss track for Emiway now, this is for it he’s done with him now.

Now, it’s only a matter of time whether Emiway replies or not. There’s no reaction from Bantai yet.

However, Emiway Bantai officially announced about his upcoming EP features 6 Tracks. Check below – Release date will be announced soon.