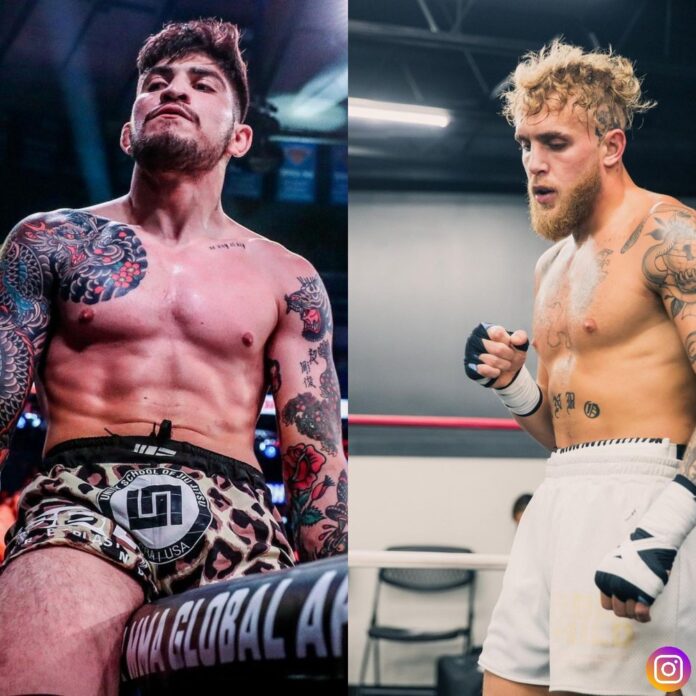 Danis the boxer has claimed that he will retire from combat sports forever if Jake Paul KO’s him. The rivalry between Danis and Jake continues to flare up after the teasing statement.

While Dillon Danis is trying to get fight with Jake. Recently he took to Twitter and offered Jake a flight clamming, ‘if Jake paul sleeps me i’ll retire forever’.

It is not the first time he has made such a claim regarding Jake Paul. After the match of Jake vs Woodley, he put a $12 million bet claiming Jake would never do that to him.

Despite constant pokes from Danis have not resulted in a conversation to make Danis vs Paul in reality. While Jake is seemingly attempting to fight against a pro-boxer, it is highly unlikely that Jake will choose to fight Danis.

Since 2019 Danis has not fought any bout. He has just two MMA bouts under his belt and is lacking boxing pedigree. On the other side, Jake has gone on to have five professional boxing fights. It is safe to say that Dillon and Paul won’t be facing off anytime soon.

It was reported that Jake vs Tyron 2 sold just 65k pay-per-views over satellite. Although Paul hasn’t claimed that these numbers are just rumors, Dillion Danis jumped the gun to make fun of Jake.