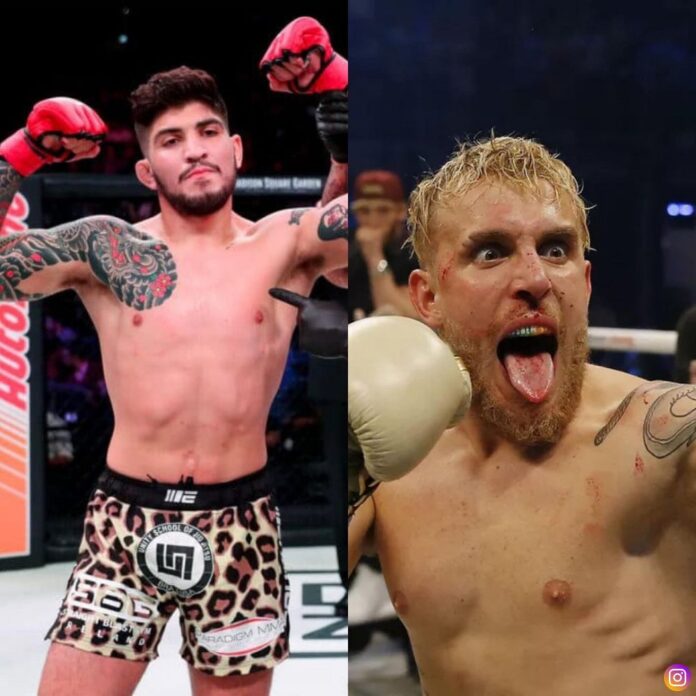 Dillon Danis is an American mixed martial arts fighter who currently competes in the middleweight division at Bellator MMA. He began working with Conor McGregor in 2015, training him for the fight against Nate Diaz and Khabib Nurmagomedov.

Jake Paul is a 22-year old Youtuber, Actor and a Musician. Jake got to his fame through now-closed video application Vine where he uploaded funny videos. He came into prominence for playing the role of Dirk Mann on the Disney Channel series Bizaardvark.

Since the announcement of Floyd Mayweather vs Logan Paul has been made official and public, Jake Paul is trying everything to grabs everyone’s attention by doing outrageous stunts and acts.

He even pulled up on Dillon Danis on street where he middle of something and threw toilet paper and water balloons on him calling him a ‘pussy.’ Further he also shared a video on his Instagram story showing Dillon’s girlfriend Savannah Montano picking up his call.