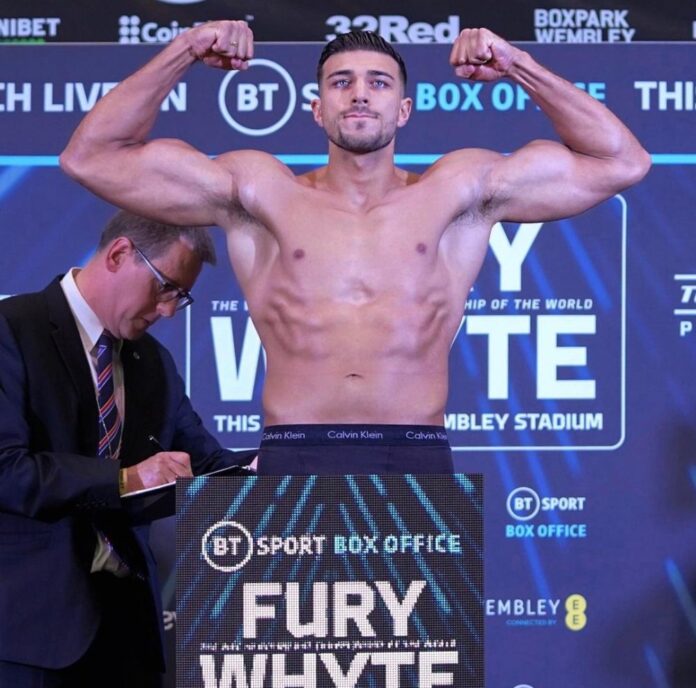 Tommy Fury has dismissed Jake Paul’s claims that he is pulling out of their rescheduled fight and vowed to lay his rival “flat on the canvas”.

The pair have feuded over the last year but after their initial date in December was cancelled due to Fury suffering from injury and illness, the fight looks poised to go ahead on August. Paul and Amanda Serrano have confirmed they will fight on 6 August, but the YouTube star cast doubt on Fury’s appearance with an accusation he was due to pull out again.

Paul said: “Tommy Fury, you pulled out last year. Then you agree to fight me now but your dad is trying to pull you out again? “We’ve given you everything you asked for — $2 million purse, VADA testing, tampons. You have 24 hours to clear this up or I will never give you this opportunity again.” But Fury, brother of world heavyweight champion Tyson Fury, appeared to squash any chance of a second cancellation by simply responding: “See you August 6th pal.” Paul added in his tirade on social media: “What’s the excuse? ‘Oh I can’t come and I can’t do it because my dad can’t be there with me during the fight.’”

“Tommy, your dad has been banned from the United States for 15 years. You’ve known this the whole entire time. He’s a criminal. He’s not allowed in. “When you fought Anthony Taylor in Cleveland, neither Tyson [Fury] or your dad were there with you in your U.S. debut. Now all of a sudden you need your team with you? That doesn’t make any f****** sense. “You’re scared. You claim you’re a professional boxer but you don’t want to make the fight with me? Who you’ve talked so much s*** about? Who you say you will spark? Who you say I’m nothing compared to you?