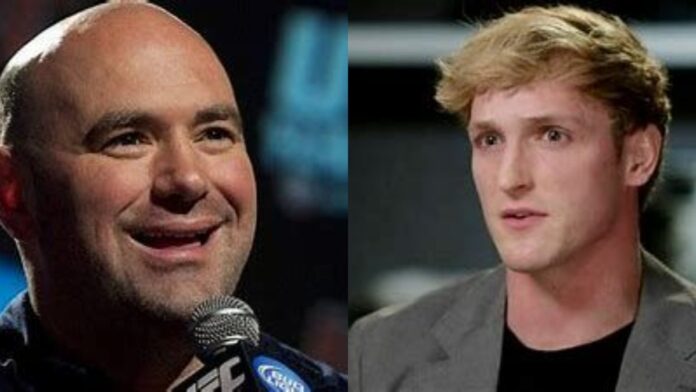 Recently UFC president Dana White offered fans some insight from the world of sports entertainment. White recalled the moments his use of the word a*** almost got him banned from ESPN.

On the Impaulsive podcast in conversation with Logan Paul, White recalled the interaction that almost got him banned. White said, ‘I remember the first one of the first times I was ever on ESPN, I said something like, I said a** Like I said, He’s gonna kick his a**. And everybody lost their f***ing minds, man. It’s like they were never gonna have me on ESPN again.

Dana admitted that MMA received a lot of pushback from the bigwigs in the sports entertainment industry when UFC had just started. White also accepted that he had been walking on the road less trodden while trying to make a name for himself and UFC.

During the Impaulsive podcast, Dana was asked about the possibility of Logan potentially competing in the UFC. While enquiring about Paul’s jiu-jitsu and wrestling pedigree, Dana admitted that he was reluctant to rule such a possibility out. When Logan asked about potentially competing in the octagon down the line, White said, ‘I’m not saying no’.

Logan most recently featured against Floyd Mayweather in an exhibition boxing bout. The fight took place on June 6, 2021, at the Hard Rock Stadium in Miami Gardens. They both effectively fought to a draw and no winner was announced since the 8-round scrap was only an exhibition. However, keeping Dana’s comment in thought, a potential move to the UFC is something that may be in Logan’s future.