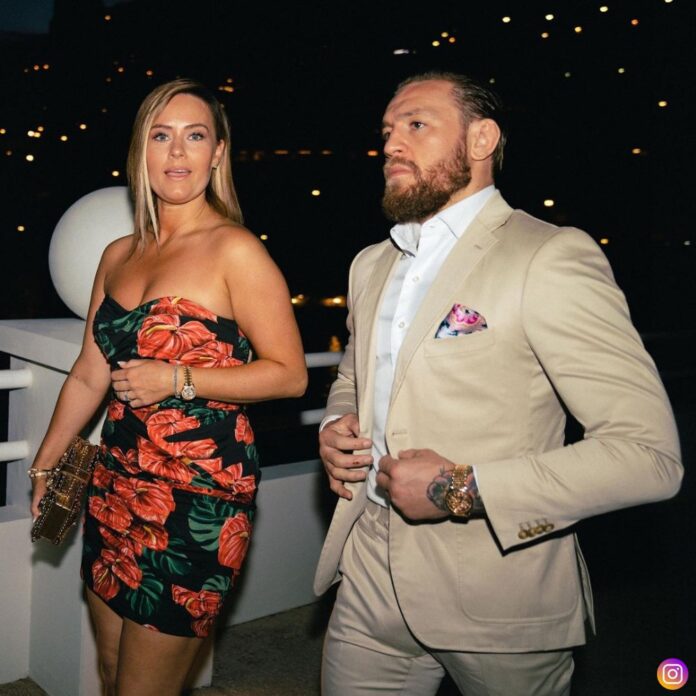 Conor Anthony McGregor is an Irish professional mixed martial artist and boxer. He is a former Ultimate Fighting Championship (UFC) featherweight and lightweight champion. He is the biggest pay-per-view draw in MMA history.

Conor McGregor has announced he is expecting another baby with his fiancée Dee Devlin. The 32-year-old fighter confirmed the happy news with a sweet family photo on Christmas Eve.

In the picture the whole family, Conor, Dee and their two kids Conor Jr, three, and one-year-old Croia wore matching ‘Merry Christmas’ pyjamas as they sat on the floor with their dog Hugo in front of a spectacularly decorated Christmas tree.

Conor Jr was seen holding a baby scan in the picture, with the caption being ‘Happy Christmas everyone, from my family to yours. So much to look forward to in 2021.’

Fans and friends of the MMA champ left messages of congratulations under the post. In those messages Justin Bieber choose to focus on Conor’s physique under his jammies, commenting: ‘Bro u literally look like a superhero.’

As of now, Conor is spending the holidays with his growing family. Though he will be back shortly to be back in the ring for the main event of UFC 257 next month, as he takes on Dustin Poirier in Abu Dhabi on January 23.