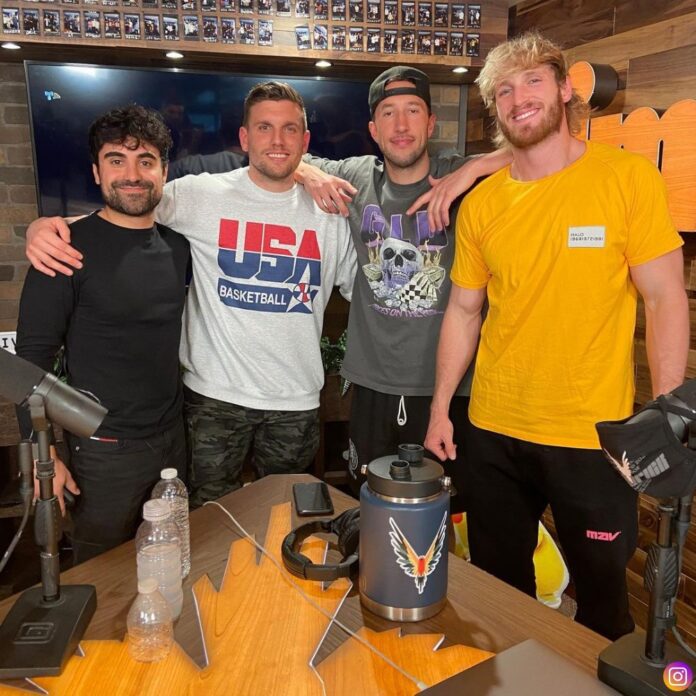 Logan Paul is an American YouTuber, internet personality and actor. He also owns a clothing line named, “Maverick.” It is regarded as a successful line for Logan. He is also known for his songs which are quite famous.

As an entrepreneur Logan is considered highly lucrative. His clothing line, podcast, boxing matches and now his newest venture NFT are also blowing up.

With all this going on we cannot forget about his Impaulsive podcast where he is influential with the name he has created that he hosts huge celebs on his show where he talks about daily happenings in situations all around the world and the celebs life. The podcast channel on YouTube has more than 2.87 million subscribers.

Now the podcast is about to host Chris Distefano for their latest episode. Chris, 36 year old is an American comedian. The talented comedian has hosted numerous show and has also aired some of his originals. His notable works are Guy Code, Girl Code and Guy Court.

The squad discuss about “knocking up his wife on the second date, the first time he saw freshly circumcised genitals, why his daughter looks up to 6ix9ine, remembering 9/11 as a New Yorker, his perseverance in becoming a comedian, and more!” as stated on the Impaulsive show Instagram page.