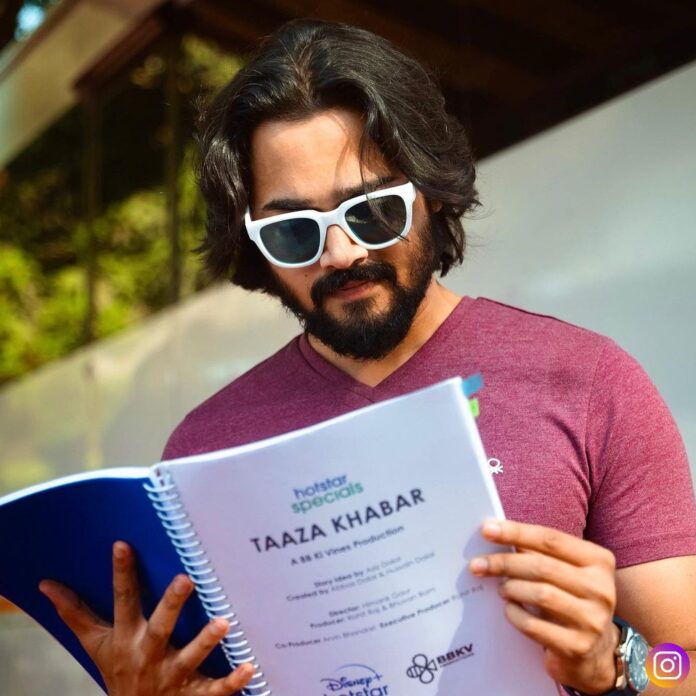 Popular YouTuber from India Bhuvan Bam is all set to make his OTT debut. He announced his OTT debut through his Instagram post.

The comedian Bhuvan is all set to make his debut on OTT. The show is produced under the banner of BB Ki Vines production. Taaza Khabar will be streamed on Disney+ Hotstar. The story idea of the show is given by Aziz Dalal and created by Abbas Dalal and Hussain Dalal. The producers of the show include Rohit Raj and Bhuvan Bam. Taaza Khabar is co-produced by Arvin Bhandari. Rohit Raj is the executive producer.

Bhuvan announced his new show through an Instagram post. In the photo, the comedian was seen reading the script of the show. He captioned the picture by saying, “Need your wishes for my OTT debut. Yourself constant support’s been a boon for me. New stuff this year. #HotstarSpecials #TaazaKhabar.”