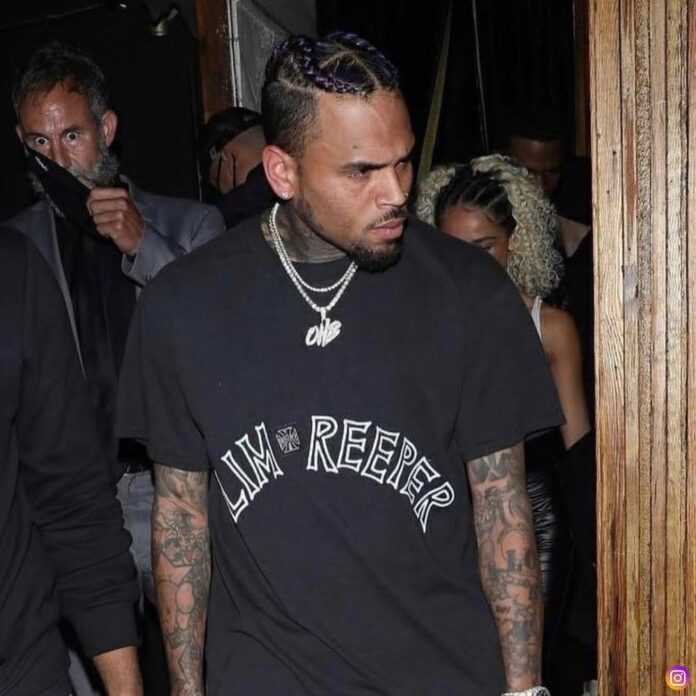 American singer and songwriter Chris Brown is reported to be under investigation for allegedly striking a woman in Los Angeles after authorities responded to a call from the singer’s residence earlier this month.

A police spokesperson told NBC News that the rapper is accused of hitting a woman because of an argument. The incident is said to have occurred on Friday, June 18th, when the authorities had been called to residence in the vicinity of San Fernando Valley.

LAPD spokeswoman Officer Lizeth Lomeli confirmed that Brown is currently under investigation for battery. “The female victim advised she and the suspect argued and the suspect struck her. A crime report for the battery was completed,” said Lomeli.

As of now, Chris Brown has not been charged with an offence and it’s unclear if it will happen. Authorities stated that no injuries were reported in the case.

Popular rapper simply responded by sharing an Instagram story which read “YALL SO DAMN” along with a cap emoji.

Chris Brown is an American Singer and actor who came to recognition after his self-titled debut studio album that peaked at number two on the US Billboard 200 .Brown’s first single “Run It!” also peaked on top of Billboard Hot 100 making him the first male artist to have his debut single top the chart since Diddy in 1997.