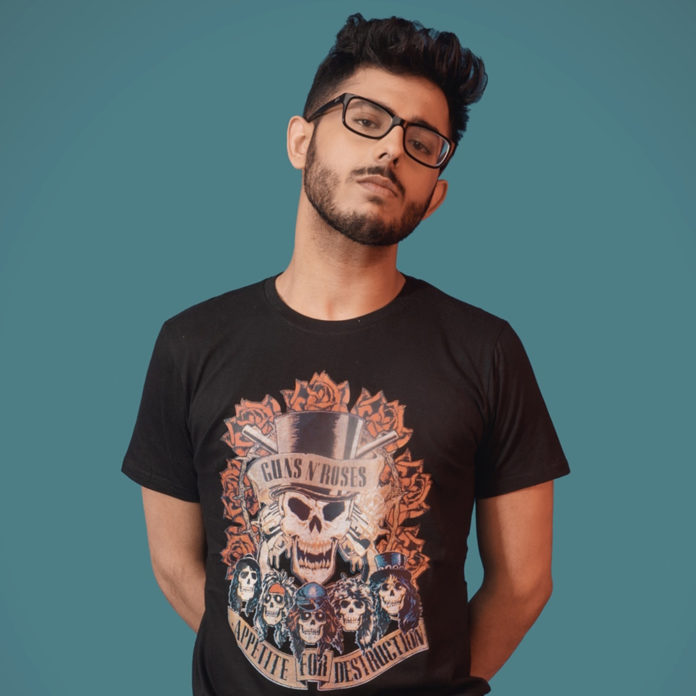 Carryminati (Ajey Nagar) finally shared his thoughts through his first video after controversial YOUTUBE VS TIKTOK video went down.

It’s been a while since YouTube brought down Carry’s video and he hasn’t yet reacted towards it either on Social Media or YouTube, leaving his fans worried. Fans have been eagerly waiting for carryminati’s response towards controversial video and YouTube until he pens down an emotional message sharing a post on Instagram last night. Carryminati Shares How he FEELS about removed Video.

Carryminati broke his silence to clarify his side story against Hate comments on twitter that points out Carry for making homophobic comments against ‘Amir Siddiqui’ in his late YouTube vs Tiktok controversial video.

Carryminati uploaded his first video after YouTube vs TikTok: The End, appealing peoples to ‘Stop Making Assumptions’ for his dialogues he used in last video.

Ajey expressed his feeling in recent video sounded sad and upset said I’m still clueless about my what dialogue that led to the video being deleted by YouTube. He went on talking about the dialogue ‘Mithai ki dukan’ which become a point against carry for twitter users to call him a homophobe and a bigot. Carry says it’s so frustrating and sad to see that his dialogues are misinterpreted.

In a recent video, Carryminati said he’s sad that his video has been pulled down by YouTube over some offensive dialogue which is still unknown to him. “Peoples are finding out new meanings to my video and it is being misrepresented. We can misinterpret a word from the context in many different ways, you should be mindful to relate what I’m talking about in my videos,” said Carry.

He expresses that peoples are translating his contexts from Hindi to English which changes the meaning of his roasts significantly “please don’t represent assumptions as facts,” added Carry concluding his video.

It was really sad to see that carry isn’t happy with offensive response from people calling him as bigot.

Carryminati’s video was removed by YouTube for violating YouTube community guidelines like cyberbullying and harassment. Carry took shots on popular TikToker Amir Siddiqui’s video on YouTubers that boosted the controversy. many YouTubers and Star stepped out to support Carryminati in this scene.

A 20-year-old Carryminati is the most popular Indian YouTuber having over 17million subscribers on his channel.