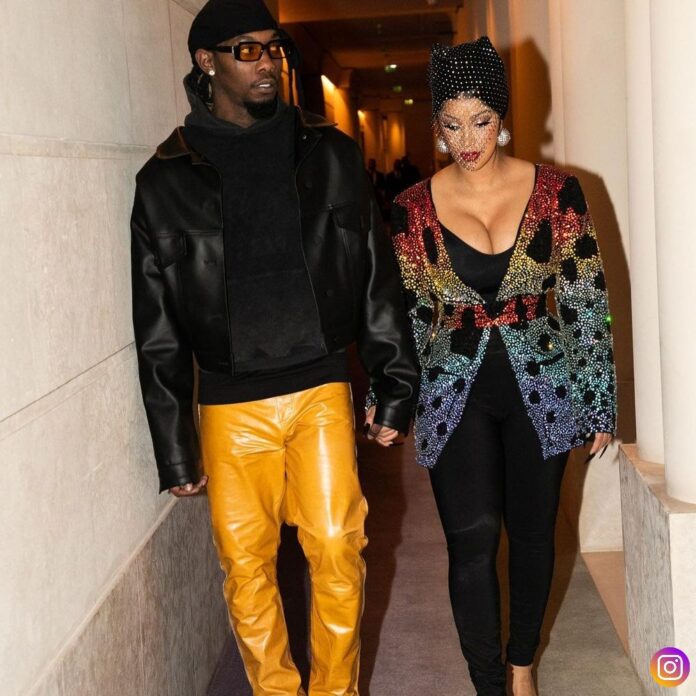 Cardi B and Offset revealed the first pictures of their son. The couple named their seven-month-old son a very unusual name.

Last year on 4th September the 29-year-old rap star gave birth to a baby. However, since then both Offset and Cardi B declined to reveal their name to the public. On Friday, both of them uploaded pictures of the baby on Instagram. Offset captioned it as, “WAVE SET CEPHUS”. While Cardi B captioned it with only writing the dinosaur, wave, and the teddy bear emoji.

Later Cardi B shared pictures from an Essence magazine photo shoot of her whole family. The shoot also featured Jordan, Kody, and Kalea, Offset’s children from an earlier marriage. In Cardi’s pictures Wave looking as cool as ever in a baby blue ensemble complete with a matching chain. While in Offset’s photos, the Wave looks adorable while chilling in the bath with multiple chains and a diamond earring.

Offset and Cardi B tied the knot in 2017 & welcomed Kulture a year later in July. At the 2021 BET Awards, The “WAP” rapper announced her pregnancy with a second child. The pictures on Wave confirmed her statement on Twitter that her baby son bears a striking resemblance to his sister. On Cardi’s Instagram stories she claimed that Wave, despite having turned only 4 months old that day, had already begun to talk.