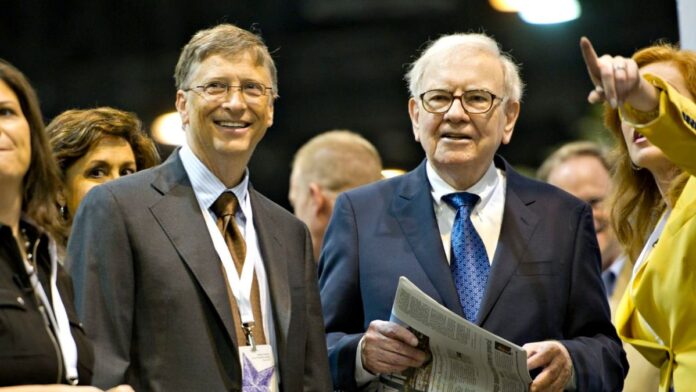 Centibillionaire Bill Gates wished his close friend Warren Buffett on his 90th Birthday with a special video that shows him baling a special Oreo cake with Buffett’s face on it. Gates wrote “Happy 90th birthday, Warren!”  along with the video on his social handles.

The clip shows Gates entering the kitchen with an apron all set to bake a cake. It showed entire baking process with a reveal of Buffett’s face on it. Towards the end of the clip, Gates cuts a piece of cake and presents it on a plate. The message “Happy 90th Birthday Warren” can be seen written next to it.

Gates also shared a tribute for his friend on his own blog ‘GatesNotes’. “Warren Buffett turns 90 years old today. It’s hard to believe that my close friend is entering his tenth decade. Warren has the mental sharpness of a 30-year-old, the mischievous laugh of a 10-year-old, and the diet of a 6-year-old,” Gates wrote.

Gates also mentioned his and Buffett’s love for math and numbers and shared some of them. “10,649: Days since we met for the first time, on July 5, 1991.” Also, “2: Phone numbers I have on speed dial at my office—Melinda’s and Warren’s,” he wrote further among other points.

Bill Gates also shared that the most important lesson he has learnt form Buffett is “what friendship is all about”.