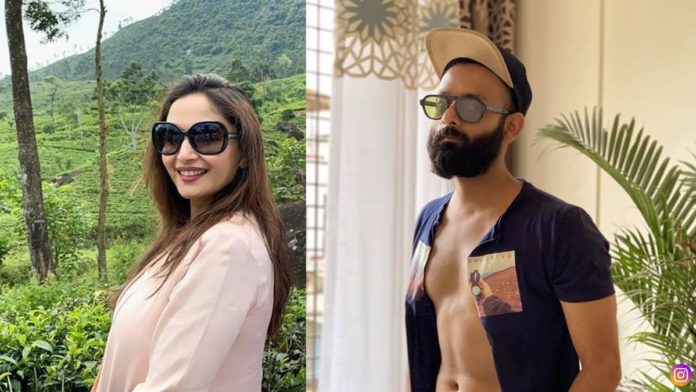 Madhuri Dixit Nene is one of the finest actresses in India. Besides this, she is also a producer, and television personality. Madhuri is regarded as one of the most popular actresses of Hindi cinema; she has appeared in over 70 Bollywood films. She was set apart from all the other actresses by her extraordinary dancing skills. For her dancing, Madhuri was known as the dancing queen of Bollywood.

Every dance learner has surely tried to imitate Madhuri’s moves. She is recognized as the best dance teacher. Madhuri has her own online dance academy, Dance With Madhuri. Through the academy, online dance lessons are given by lot of other dance stars too.

Madhuri was seen in a video with BeYouNick . Nick is the most active YouTuber who makes funny videos for his YouTubte channel. Currently, with the introduction of Instagram Reels, Nick has been posting ton of content to make our time staying home better. He has been seen collaborating with a lot of other influencers, YouTubers and even celebrities from Hollywood.

In Nick’s recent IGTV video he collaborated with the dancing queen, Madhuri Dixit. The video showed the actress teaching the digital creator how to dance in the video for a friend’s wedding on her popular song ‘Maiyye Ni Maiyye’ from the film Hum Aapke Hain Koun.

As of now the video has garnered more than 5 lakh views.