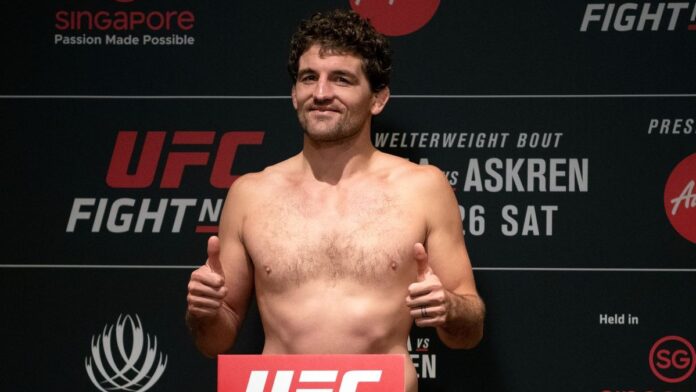 However, the retired professional mixed martial artist and amateur wrestler lost to the uprising YouTuber in a brutal first-round knockout. The match was scheduled for an eight-round cruiserweight fight but was finished off in the first round itself.

While losing brutally to a YouTuber, Ben Askren seemed calm while talking to reporters after the fight. “I wasn’t nervous at all because at the end of the day, my life doesn’t change one way or the other,” Askren said.

Even though Askren retired from the sport in 2019, he recently mentioned that he will come out of retirement if they find him an opponent who he could 100% knockout. He stated that it looks fun to knock out someone.

“I’ll unretire if they give my someone i can KO 100%.  Knocking someone out looks kind of fun lol”

Later retweeting a shared video which showed popular rapper Drake taking some boxing lessons, he wrote this is my 100%. This implied that he could surely beat the rapper.

Are we about to see a potential celebrity boxing match between the retired wrestler and rapper?