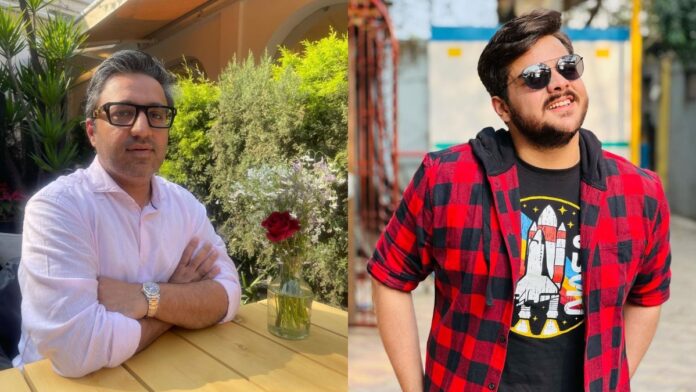 The judge of Shark Tank India, Ashneer Grover reacts to Ashish Chanchlani’s spoof of show. Ashish’s spoof video portrays the show and its Sharks along with their signature remarks.

The character of Ashneer Grover is played by Ashish himself. He is amped up in the parody as the man himself. Grover is well known for his to put it mildly abrasive comment on the Shark Tank India. He also gave rise to the famous “yeh sab doglapan hai” memes. Chanchlani captioned the teaser with, ‘Entries now open for Sasta Shaark Tank. If you have a brilliant idea that we waste entrepreneurs can invest on then please login to sastashaarktank.com. Entries open #SastaShaarkTank.’ Commenting on the teaser video Ashneer wrote, ‘Hilarious! What acting by all the Sharks!! Sasta and Tikau.’

The entrepreneurs are seen pitching some hilarious business proposals to the judges. For instance, one of the contestants is a peon from Yale University. The actors did a great job capturing the personalities of the Sharks. How Ashish amped up the version of Ashneer was especially worth watching. There is also a reference to the famed Grover meme witha a line that goes, ‘Main tera doglapan nikalta hun.’

one of the viewer wrote, ‘The way Ashish Chanchlani played the character of Ashneer Grover is absolutely appreciating very well done.’ Another one said, ‘The fact the site they mentioned is actually real shows how much attention to details has been given to the video. Hats off to the whole team.’