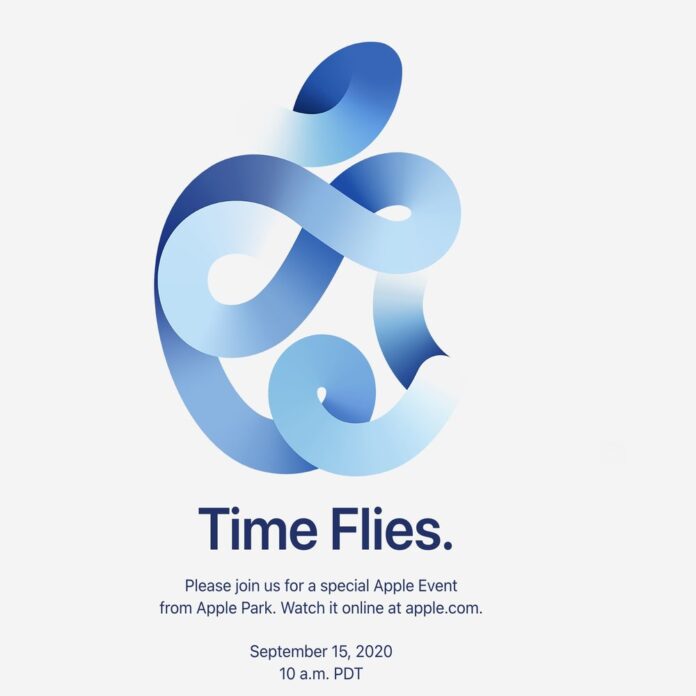 On 8th September, Apple announced that they would be hosting an online only event on 15th September. The online event has been titled as ‘Time Flies.’ The event is scheduled to begin at 10 AM PDT/ 10.30 PM IST.

Tech enthusiasts can watch this online Apple event on the company’s official website and on its YouTube channel. Generally, Apple announces its line of iPhones in September but due to the ongoing pandemic the launch has been delayed.

The tag line Time Flies suggest that we could be able to see a new Apple Watch Series 6. Also, we could get the newly rumored iPad Air. We do not see Apple releasing the new iPhone 12 but we can expect to get few sneak peeks.

Apple Watch series 6 is rumored to have a lot of health features rather than just changes in the design section. The new watch is expected to get the same sporty design from Series 5 but with additional features like Blood Oxygen monitoring, Sleep tracking, and improve ECG. Apple is also rumoured to unveil a new affordable Apple Watch as a replacement to the Series 3.

Still, Apple is rumored to have a full lineup of hardware for this fall, including four new iPhones, the Apple Watch Series 6, an updated iPad Air, a smaller HomePod, and possibly even a pair of Apple-branded over-ear headphones.