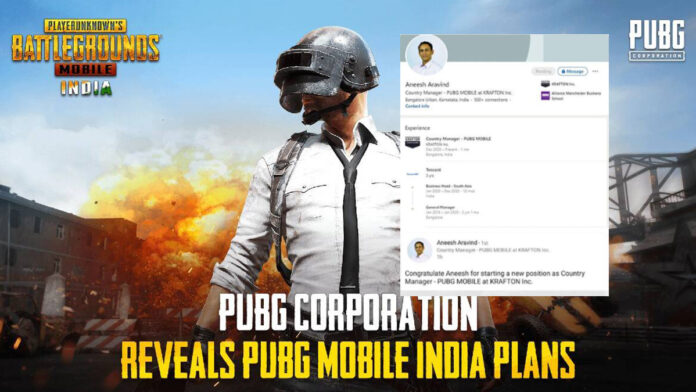 Krafton Incorporated, the parent company of PUBG Mobile appointed the Country Manager for PUBG Mobile India. Aneesh Aravind as its new country manager for PUBG Mobile in India. Aneesh Aravind served for gaming giants such as Tencent, Zynga and has over 15 years of experience in the industry. Aravind is a skilled business leader and quite expertise in building cross-functional and diverse teams. He worked in many sectors including technology, telecom, energy, and retail. He excels in management and has exceptional problem solving and communication skills. Aravind also served his role as business head in Tencent, worked for Zynga as the lead project manager for Facebook games such as FarmVille and Empires & Allies. PUBG Mobile India may return soon as the new country manager for India indicates the hope for the relaunch game.

The Indian Ministry of Electronics and Information Technology banned PUBG Mobile along with 117 apps as “they are engaged in activities which is prejudicial to sovereignty and integrity of India, defence of India, security of state and public order”. After few months, the relaunch game was announced by PUBG Corp on 12th November. Since then, fans are speculating and waiting excitedly for the release date of PUBG Mobile India. Follow us on Instagram for daily news and updates.