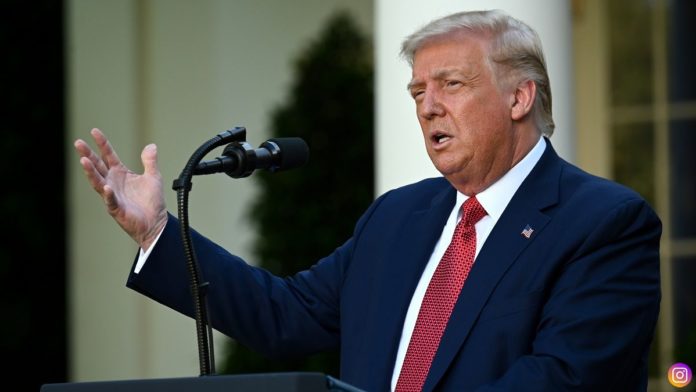 Donald Trump is the 45th and current President of the United States. Trump has been constantly seen taking shots on China over privacy issues.

This anti-China mentality was seen since last year itself when Trump banned all the US business relations with Huawei. This stared as Huawei was seen as to leak data to Chinese Government.

Now with the ongoing pandemic, Trump was seen calling out the coronavirus as “Chinese Virus.” Since the virus started spreading in its initial days, Trump has been blaming China.

Now India has been seen taking strides to ban Chinese products and have already banned numerous Chinese apps. The list of banned apps includes TikTok as well. TikTok was banned due to privacy issues and data leaks.

Now after India, US were also in talks to ban TikTok. President Donald Trump has announced he is banning the Chinese-owned video-sharing app TikTok in the US.

He told reporters he could sign an executive order as early as Saturday.

US security officials have expressed concerns over ByteDance, parent company of TikTok for sharing information with Chinese government. TikTok has denied the accusations of sharing data.

Microsoft in talks to buy TikTok

As TikTok is under a Chinese firm, it needs to share its data to Chinese government, so selling it over to a American entity would help solve the issue. As all the data will be stored in American servers, there won’t be any problem of data leaks.

Microsoft has reportedly been in talks to buy the app from ByteDance. This will help TikTiok to thrive amid the anti-China atmosphere in the US.

On top of it, if Microsoft successfully takes over TikTok, Microsoft-TikTok combination would create a much more competitive U.S. digital advertising market by establishing a powerful third player against the two dominant internet ad goliaths, Google parent Alphabet Inc. and Facebook Inc.

The administration will prefer a sale of TIkTok to giant like Microsoft, over banning the whole app which is wildly popular with millions of Americans.