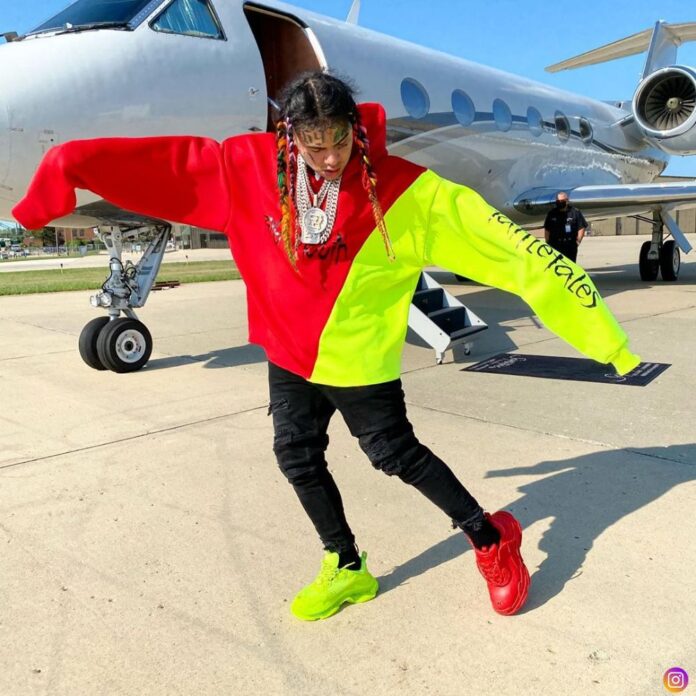 Tekashi 6ix9ine is a 24-year-old rapper. The rapper broke tons of records even when he was on house arrest. The controversial rapper is now officially out of the prison and is reentering the rap game with going all in.

He announced that his newly released album Tattle Tales, was expected to pull 150,000 sales in the first week, which would put him securely on the top of the music charts. Since his release from prison he was boasting about his songs being on the top of charts always but seem like the tables have turned.

Tekashi 6ix9ine is getting a taste of his own medicine after rappers are trolling him as the numbers indicate his projected album sales may come in way lower than expected. A new report now suggests the number might be as low as 50,000. This is based on the rules connected to merchandise bundling with music and the way it is counted.

Many rapper didn’t wait to troll Tekashi for foolishly boasting about his numbers while all the other rappers are not quick to boast about their numbers until they actually come in.

As of now Tekashi has not responded to this.