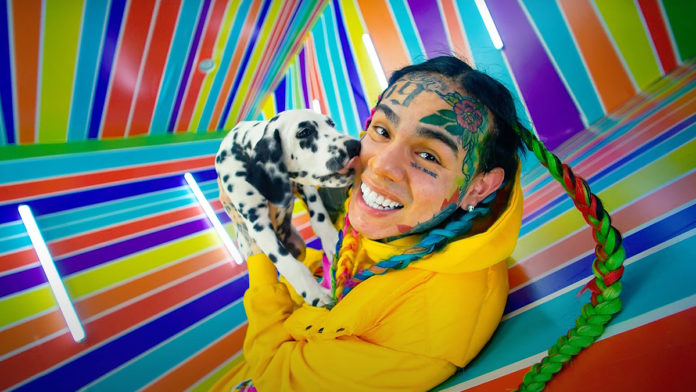 A 24-year-old rapper, Tekashi 6ix9ine (Daniel Hernandez) is an American rapper. He dropped a banger music video on YouTube “Gooba” which was highly successful. It broke the record of most views within 24 hours by garnering 43 million views. Gooba also featured on top songs of Billboard Hot 100 chart.

After dropping Gooba, Tekashi noticed that it ended on 3rd spot on Billboard Top charts. He also saw that Justin and Ariana’s song “Stuck With U” was placed first. He claimed to launch an investigation where he found that they bought many streams. He also accused Billboard of being frauds.

Recently, viewers reported that Gooba was taken down from YouTube. In its place is the message: “The video is no longer available due to a copyright claim by Magix Enga.” While the official music video was removed, the lyrical video was still up.

Magix Enga is a Kenyan music producer. On Sunday he called out Tekashi claiming that 6ix9ine sampled one of his beats for Gooba without permission. He posted a photo of Tekashi captioning, “Don’t sample my beats Biggest song delete by Magix Enga.”

Hours after this takedown, Gooba is now back on YouTube. The rapper bragges about the return on Instagram captioning a clip, “LMAOOOOOOOOO I know ya dead mad right now.” This post was reportedly deleted.