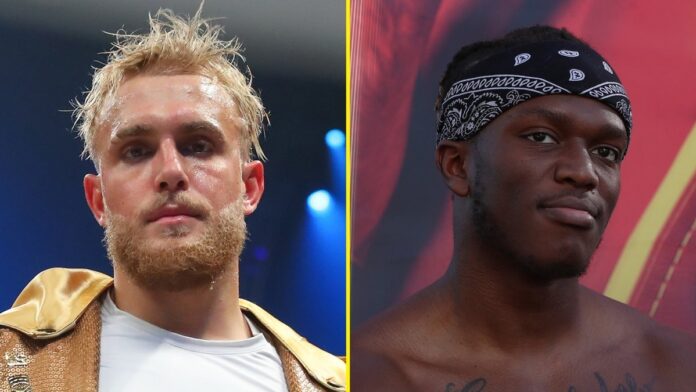 Jake Paul and KSI recently exchanged verbal jabs on social media as the duo got engaged in a challenge on Twitter.

KSI is set to make his return to boxing on August 27 this year. He hasn’t fought since his split decision win against Jake Paul’s older brother Logan Paul in their rematch. The YouTuber recently announced his return date. He is yet to name an opponent or a venue. KSI challenged ‘The Problem Child’ to fight on the same card and to see who draws bigger pay-per-numbers. He wrote on Twitter:

“You should fight on your own card on the 27th of August, so we can see who can get the most PPV’s. Especially since you might not even be fighting on the 13th anymore lmao. We can then see who has the real power.” Paul took note of KSI’s tweet and clapped back at him by saying that KSI would challenge him to everything but for a fight inside the boxing ring.

Paul fought on the undercard of the KSI vs. Logan Paul 2 event and earned a knockout finish over KSI’s brother Jedi. While KSI has a cordial relationship with Logan Paul, he has never had a friendly relationship with the younger Paul brother. KSI has a long-term goal of fighting Jake Paul as he prepares to make his return inside the squared ring. Fans will keep close tabs onn who the YouTube star fights on August 27.