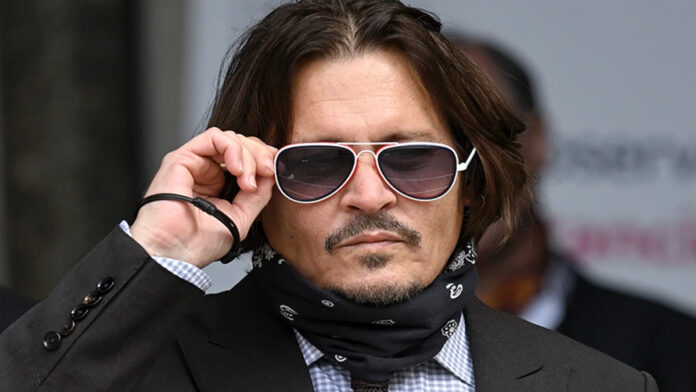 Famed star Johnny Depp delivers a suprise performance on stage. He is back on stage after 2 days Amber Heard trial wraps up.

As the Heard-Depp defamation trial broke for jury deliberation, his fans were in for a pleasant surprise. Johnny made a surprise appearance at a Jeff Beck show in Sheffield on Sunday night. Depp and Him sung a cover of John Lennon’s ‘Isolation’ back in 2020 and last night, that was the song to which Depp rocked out.

Heard and Depp defamation trial has seen much social media fervour in support of Depp, and after last night’s surprise performance. Recently, a video shared online showed Depp leaving the court while his fans waited to see him. Amid the cheers, one of the fans was heard saying, “You’ll always be our Captain Jack Sparrow.” To this, Depp replied in the iconic voice of his famous character, “He’s still around somewhere. I see him now and again.” The actor further adds “He shows up now and again,” with a smile.

While in his car, Depp waved to his fans as one shouted, “We love you Johnny”. Another person was heard saying “We love your hair”, to which the actor jokingly pointed at his scalp.