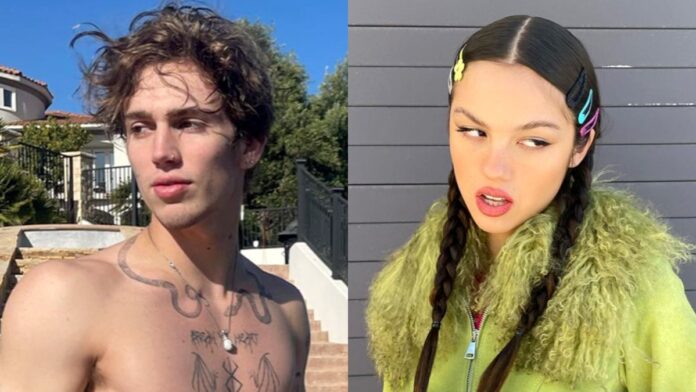 Some fans think that singer Olivia Rodrigo and TikTok star Vinnie Hacker could be dating after photos of them hugging emerged online, and promptly spread across social media.

Olivia Rodrigo is a singer-songwriter and actor, who is best known for hits like ‘Drivers License’ and ‘Deja Vu,’ and she has a huge fanbase on social media platforms like TikTok and Twitter. Vinnie Hacker is a popular TikTok star who has over 14 million followers on the app.

On May 26, E! shared a series of photographs of the pair, taken after Olivia’s May 25 concert at the Greek Theatre. In the images, they can be seen talking and sharing a hug.The photos of the pair immediately started to spread across social media, including Twitter, where some fans were surprised to see the unexpected meeting.

“Olivia Rodrigo and Vinnie Hacker might just be the plot twist of the year ngl,” one tweet with over 6000 likes read. “Olivia and Vinnie Hacker… he went with the one girl his crazy stans wouldn’t scare away bc they love her too HE SMART,” said another.

Olivia previously dated music video producer Adam Faze, but in February it was reported that the pair had broken up, leaving many fans wondering who the star might date next. Both Vinnie and Olivia are continuing to thrive in their respective careers, with Vinnie recently joining lifestyle brand and gaming organization 100 Thieves, and Olivia finding great success with her sold-out SOUR music tour.