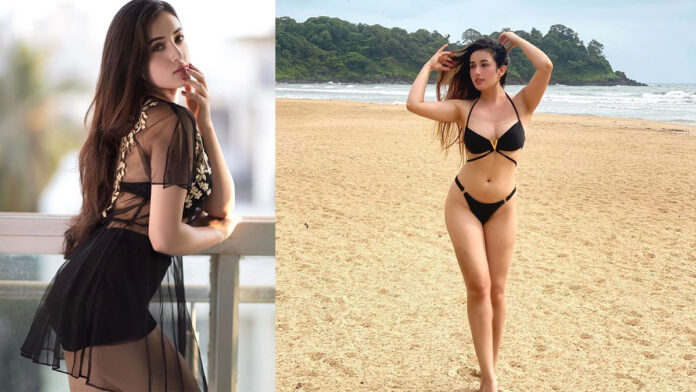 Instagram influencer Aditi Budhathoki is a quite popular Indian-Nepali model and actress. Aditi is well-known for her appearance in popular music videos of Hindi and Punjabi songs. She rose to fame after her Darshan Raval’s music video ‘Hawa Banke.’

Nepali beauty Aditi Budhathoki is a goddess with angel eyes. Her striking beauty is so captivating that it will keep you stuck on your phone for hours stalking her Instagram account.

Aditi Budhathoki became the hot Internet sensation after Darshan Raval’s hit music video of Hawa Banke. After that, she left no stone unturned to impress her fans and followers on her social media account.

Aditi is an avid Instagram user and keeps sharing breathtakingly beautiful pictures on her handle. Budhathoki has over has more than 1.6 million fans on Instagram. She loves to flaunt her heavenly and steamy hot bikini pictures on Instagram. Let’s have a look at some of Aditi’s Sexiest Bikini Moments.