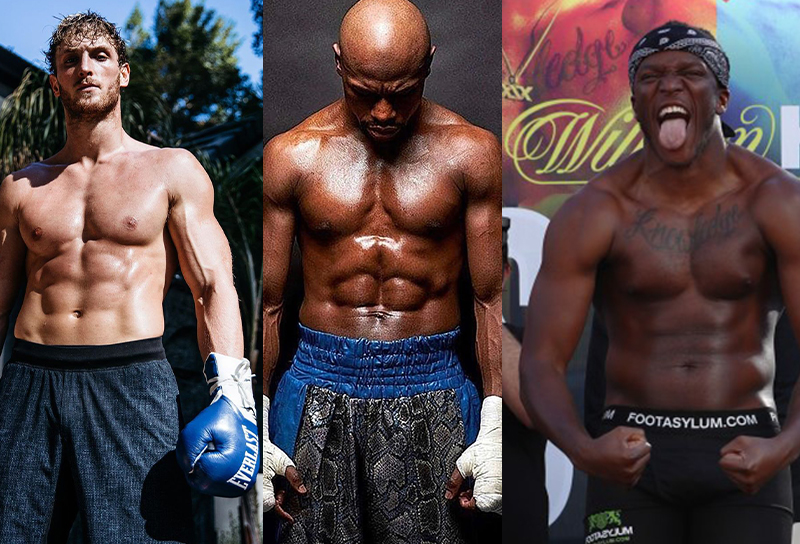 A 22-year old Internet personality and YouTuber ‘Logan Paul’ known for his Vlogs with 20.1 M subscribers on his Youtube Channel is also a host of “Impaulsive” podcast.Logan announced on his social media recently that he’s ready to face Floyd mayweather.

Logan posted a pic on his tweeter account that reads “KSI and Logan Paul have both been named as potential opponent for Floyd Maywather’s return fight in 2020” to which a 22-year old replied “Bring it @FloydMayweather” challenging him upfront for a boxing match.Fans are already in uproar for match but Floyd hasn’t replied anything to Logan’s tweet yet.

Logan recently came out of KSI vs Logan paul controversy, A rematch between two Internet Personality resulted in Logan’s loss by split decision on November 9 2019 at staple center.However,KSI explained that he’s done with boxing for now o its clear KSI vs Floyd chances are very much low. Logan said he may pursue a career in boxing and lately challenged Floyd mayweather a professional boxer.

How To Be Productive? 10 Tips To Be a Productive Person

Devil is Back! Netflix Originals ‘Lucifer Season 5’ Trends at #1