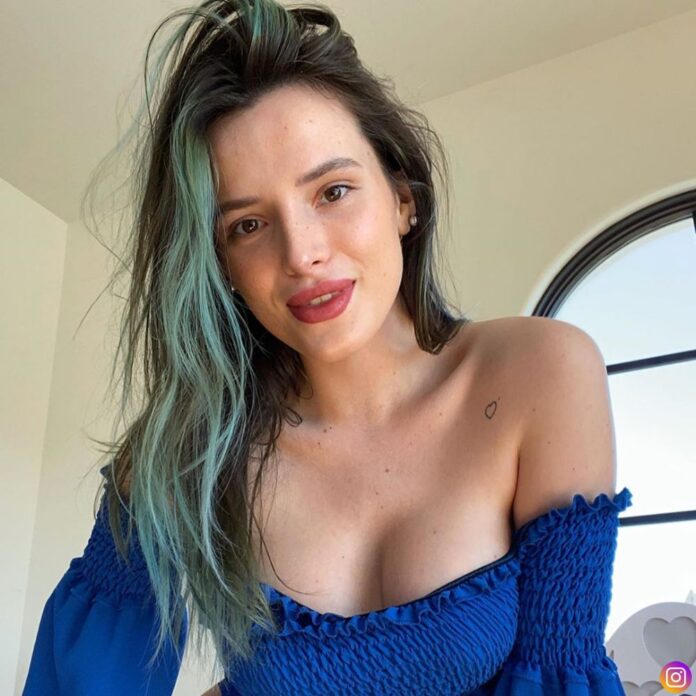 Bella Thorne is an American actress, director, singer, and model. Bella shot to fame in the early 2010s in the role of CeCe Jones on Disney Channel’s Shake It Up, and has since appeared in films including Assassination Nation, The Babysitter and The DUFF. She also appeared on the third season of the US version of the masked singer.

Now, Bella Thorne has joined the X-rated subscription site OnlyFans. The actress announced this via her Instagram where she uploaded a steamy clip, which was backed by her own song.

The infamous actress showed off her figure as she emerged from a pool wearing a white bikini. In another shot, she was seen wearing a diamond necklace which spelled the word “Sex”.

The former Disney star is charging $20 (£15) a month for her exclusive content, after previously leaking her own nudes on social media to combat hackers. The actress told Paper Magazine, “OnlyFans is the first platform where I can fully control my image; without censorship, without judgement, and without being bullied online for being me.”

Though Bella just made a debut on the platform she is already forecast to earn $1 million for her uncensored content.